Engage School Management Systems’s parent company, Double First Ltd, won Queen’s Award for Enterprise: International Trade 2016. It was only one of 150 British companies to be honoured for the international trade segment of the awards in 2016, against a much larger entry field.

In order to be granted a Queen’s Award the company had to prove that it had achieved outstanding growth in overseas earnings relative to its business size and sector, as well as to show steep year-on-year growth (without dips) in overseas sales over three years.

The company started selling its fully integrated Engage school management system and financial management suite to international schools for the first time in 2008 and has since moved on to work in more than 54 countries with six overseas support centres.

Engage School Management Systems is a corporate partner of the Independent Schools Association of Southern Africa.

ISASA is the oldest, largest and most inclusive independent (private) schools association in the Southern African region. It is a non-profit organisation, which represents its members and provides them with services to protect their interests, promote best practice and support quality education and school sustainability. ISASA serves over 800 private schools representing a broad spectrum of socio-economic and cultural communities, religious affiliations, philosophies and educational levels, from pre-school to post-matric. Its member schools educate more than 180,000 pupils. 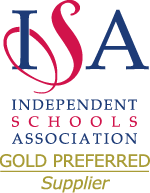 Neil Roskilly, ISA’s Chief Executive Officer, is a former headteacher and also represents the independent sector on the General Teaching Council for England. “We are delighted to be in partnership with Double First,” he said.

“Our schools have unique needs and rely on us to recommend products that meet their requirements, provide great value-for-money and (most importantly) enhance learning. Heads and other school leaders do not always have the time to research the market, so ISA’s Gold Preferred Supplier programme means they only have one place to look for the best available suppliers.”

The Association of China and Mongolia International Schools (ACAMIS) has a purpose of broadening the dimensions of education in all schools in the interest of a total programme of education through advancing the professional growth and welfare of individuals belonging to the staff of member schools.

Double First Asia Ltd is proud to support the association by exhibiting at the Annual Conference each year. The Engage school management information software and Engage Accounts is available for all delegates to experience.

British Schools in the Middle East (BSME) is one of the largest organisations for British Curriculum schools in the World, with over 79 member schools educating across the region.

For a number of years, we have been delighted to attend the BSME annual conference for schools in the Middle East and to work at other times of the year with the BSME team.

BSME is based in offices at St Christopher’s School, Bahrain. In 2008, after using three other management software packages, Engage was chosen to run this flagship school at it remains foundational to achieving St Christopher’s goals – a similar story to many other BSME member schools who have since installed Engage.

The Council of British International Schools (COBIS) is a Membership Association of British Schools of quality and is a member of the Independent Schools Council (ISC) of the United Kingdom.  COBIS represents schools all over the world, from Ascension Island to Yemen.

A fundamental aim of COBIS is to support its members and represent their interests in Britain and overseas, particularly with Government, education authorities and educational associations in order to advance the interests of British schools outside the UK.

We support the COBIS association every year by attending the annual conference as an exhibitor for fee-paying school management information systems.

Our group is an associate institution member of the East Asia Regional Council of Schools.

EARCOS has 153 member schools in East Asia with a total of more than 100,000 pre-K to 12th grade students. Membership in EARCOS is open to elementary and secondary schools in East Asia which offer an educational programme using English as the primary language of instruction, and to other organisations, institutions, and individuals interested in the objectives and purposes of the Council.

Our group is an Affiliate Member of The Federation of British International Schools in Asia (formerly known as FOBISSEA). FOBISIA started as a collection of colleagues in British-styled international schools in Asia looking for fellowship and professional support. From this grew an organisation which now numbers 44 schools which are located throughout Asia.

We attend the annual conference as an exhibitor of education management information systems for international fee-paying schools around the world.